The History and Features of the Cartier Tank

Born in 1917, the Cartier Tank opened its legend with a bold and innovative rectangle watch case. The case and the strap are utterly integrated, and the compact lines create precise shapes. Their free spirit and elegance make it not only a popular design, but also the darling of every generation of celebrities.

In 1994, Jean-Charles de Castelbajac autographed a picture of a Cartier Tank watch and wrote the sentence“If all the tanks are made by Cartier, we should have enjoyed world peace and lived a carefree life!”on Figaro Madame to pay highly tribute to the classic watch. According to the blueprint of the Renault Tank during the First World War, the lugs on both sides represent the track, and the case represents the tank cockpit. So far it has been for a hundred years in the watch industry. With the occasion of the celebration of the 100th anniversary of the Tank series in 2017, let us give you a complete review of the timelessness of this timepiece. 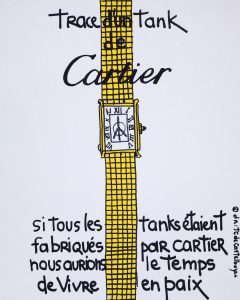 Experienced watch experts and the writer Franco Cologni appraised Louis-François Cartier, “Louis Cartier focused on the fusion of aesthetics and modernity. Put these two words aside, we can not understand the beginning of Cartier watches”. Although France was at war in 1917, I believe that he still embraced these two words calmly when when Mr. Cartier created the first Tank watch, or the Tank watch wouldn’t be loved by people in a century. If we say that the Santos watch opened the chapters and let Cartier watch brand be born in the watch history, then the advent of the Tank watch laid a solid foundation for Cartier, making Cartier watch collection grow in strength.

Creative Source
In the second half of 1916, the World War I settled into the stalemate. Louis Cartier was particularly concerned about the battle of the Somme and shocked by heroic deeds. He learned that new armored vehicles have been applied to the war in September and the war won victory time and again. He saw the armored vehicle-Le Tank from the L’Illustration. Hence, the Tank collection was inspired by it. With his keen intuition and the pursuit of aesthetics and technology, Louis finally created the TANK watch in 1917 and established his undoubted lofty status in the history of watchmaking. The Tank built a unique style among the rounded watch cases. The brand gifted several of the first Tank wristwatches to the General John Pershing and his subordinate officers after the victory of the World War I. 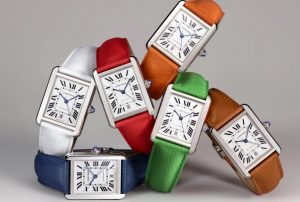 Tank Family
The biggest reason why the Tank keeps its high status is that it is a masterpiece of all the classic elements in one: radial Roman numeral hour markers, blued-steel hands, track-shaped minute scale, vertical lugs, beaded crown set with a sapphire cabochon. So far, the Tank has had six members: Tank Louis Cartier (Born in 1922), Tank Américane (Born in 1989), Tank Française (Born in 1996), Tank Solo (Born in 2004), Tank Anglaise (Born in 2012) and Tank MC (Born in 2013).

Celebrities and Tank Watches
Tank Cartier watch is regarded as a chic symbol by Gary Cooper, Andy Warhol, Madona, Catherine Deneuve and so on. It has been well known for simple style and harmonious lines since its birth. People prefer its unique style to its symbolic status. 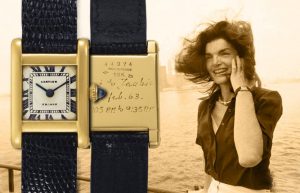 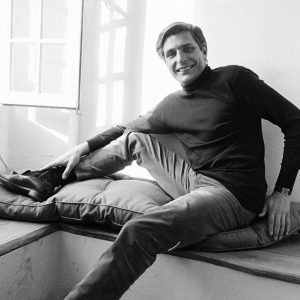 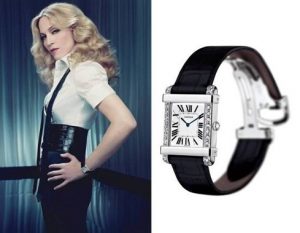 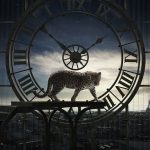 The Classic Aesthetics of Nature and Innovation: Cartier Panthère and Sophisticated Timepieces(B) 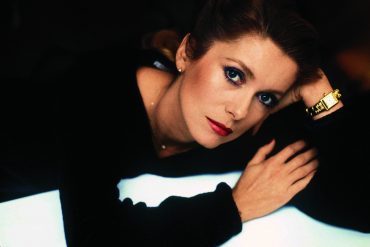